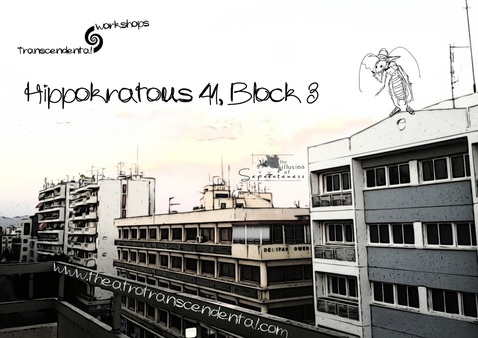 In vain… my poor little people… Why such outbursts? Why do you flee?
My kind and I see everything that you do… we are everywhere…
In vain… summer comes and I will tunnel into some cupboard or another… contaminating it… yes yes, we’ve played this scene so many times before… I tunnel, I contaminate, you scream, you grab something yellow that I have not yet understood why my likeness is plastered across it, and then you take out whatever issues you’ve had bolted inside you since childhood on me…
In vain… whatever that thing is, you should know that by now I’m immune…!

Shortly before the third world war, the people of Block 3 live inside their boxes and guard their possessions, making the cockroaches wonder: How did the people of this planet become so many?