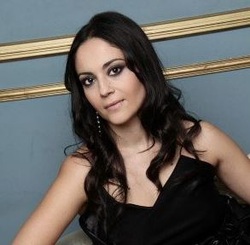 Christina Georgiou has written the music for 'Love Lies'.

Member of the European Film Academy

She has composed music for the stage, for TV and for feature and short films (e.g. Fish n’ Chips, Entelechy, Shadowboxing, I.A.X. First Awards, The island of spies, A soul’s adventure), winning, amongst other, the Best Soundtrack Award at the Monaco International Film Festival 2008 for the music and sound design of the short film Styx, for which she has also written the screenplay.

More recently, the short film Genesis 2:26, featuring a screenplay, sound design and music by Christina, received the Primp Premio at the Videominuto Film Festival 2012 in Italy, while her screenplay Eternity and a Night received the Big Audiovisual Award in the Micrografi screenplay competition (Athens, 2012).

She has provided music and screenplays for films produced in Cyprus, Greece, the United States and Lithuania. More info and media at the website: www.blunatic.com