"Here's what I know about Humans" By Lulu the Dog 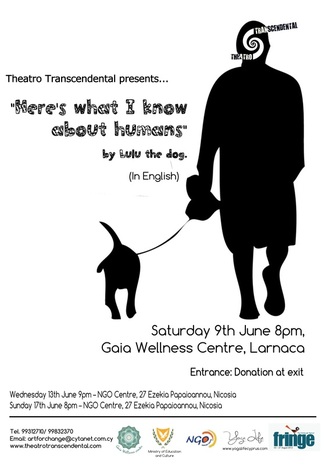 "The whole experience is rather surreal…. …powerful in its own right and the actress has extremely unique qualities... Kontaxaki gave a very endearing performance as Lulu the dog, trying to make sense of the world ... a philosophical play that leaves you with food for thought.… really nice touches, a great performance…certainly worth a watch. "
EdFringe Review 2012

The production analyses the merits and flaws of human nature, through the eyes of man’s best friend. Lulu is a dog whose human has left her alone for a few days, and she fills her hours by investigating humans, through scraps of newspapers and notes that she finds. As we enter Lulu’s world, we see ourselves through her eyes, the eyes of a creature who sees humans as we might see divinities, who lives in awe of our species, wanting nothing more in the world than the company and love of her own ‘perfect’ human. But what aspects of our humanity are Lulu’s innocent eyes blind to?

A professional animal behaviourist and physiotherapist, Stephanie Karageorgis, was consulted in the writing of this production, in order to keep the scientific elements of the script as accurate as possible. Her website can be viewed HERE.
Please note however, that, this being a play, some rules needed to be bent in the name of art. Obviously dogs don't talk. Or read. Don't take us too literally.

Entrance is free, but bring your imaginations! (And don't forget to leave a donation at the exit!) 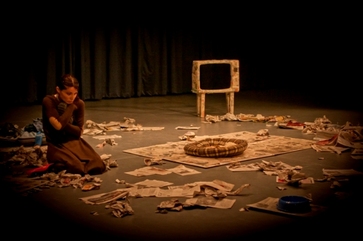 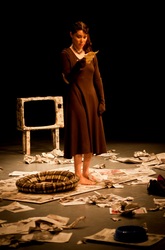 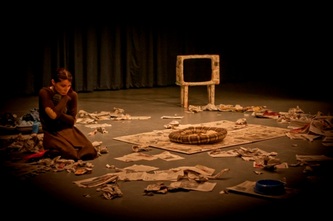 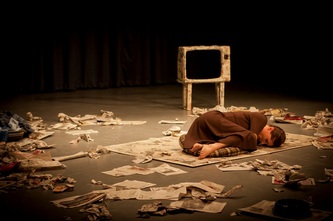 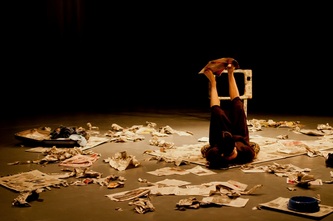